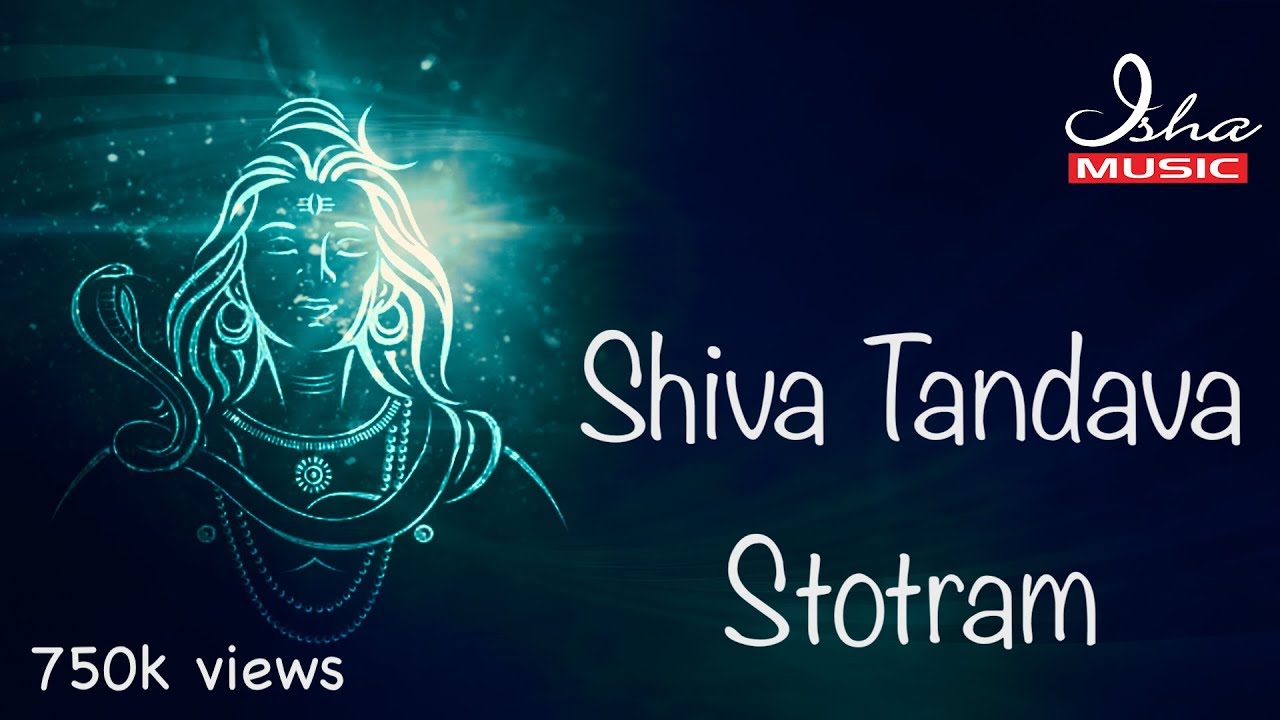 With his neck consecrated by the flow of water that flows from his hair,
And on his neck a snake, which is hung like a garland,
And the Damaru drum that emits the sound “Damat Damat Damat Damat”,
Lord Shiva did the auspicious dance of Tandava. May he give prosperity to all of us

I have a deep interest in Shiva
Whose head is glorified by the rows of moving waves of the celestial Ganga river,
Which stir in the deep well of his hair in tangled locks.
Who has the brilliant fire burning on the surface of his forehead,
And who has the crescent moon as a jewel on his head.

May my mind seek happiness in Lord Shiva,
In whose mind all the living beings of the glorious universe exist,
Who is the companion of Parvati (daughter of the mountain king),
Who controls unsurpassed adversity with his compassionate gaze, Which is all-pervading
And who wears the Heavens as his raiment.

May I find wonderful pleasure in Lord Shiva, who is the advocate of all life,
With his creeping snake with its reddish brown hood and the shine of its gem on it
Spreading variegated colors on the beautiful faces of the Goddesses of the Directions,
Which is covered by a shimmering shawl made from the skin of a huge, inebriated elephant.

May Lord Shiva give us prosperity,
Who has the Moon as a crown,
Whose hair is bound by the red snake-garland,
Whose footrest is darkened by the flow of dust from flowers
Which fall from the heads of all the gods – Indra, Vishnu and others.

May we obtain the riches of the Siddhis from the tangled strands Shiva’s hair,
Who devoured the God of Love with the sparks of the fire that burns on his forehead,
Which is revered by all the heavenly leaders,
Which is beautiful with a crescent moon.

My interest is in Lord Shiva, who has three eyes,
Who offered the powerful God of Love to fire.
The terrible surface of his forehead burns with the sound “Dhagad, Dhagad …”
He is the only artist expert in tracing decorative lines
on the tips of the breasts of Parvati, the daughter of the mountain king.

May Lord Shiva give us prosperity,
The one who bears the weight of this universe,
Who is enchanting with the moon,
Who has the celestial river Ganga
Whose neck is dark as midnight on a new moon night, covered in layers of clouds.

Shiva, whose dance of Tandava is in tune with the series of loud
sounds of drum making the sound “Dhimid Dhimid”,
Who has fire on his great forehead, the fire that is spreading out because of the
breath of the snake, wandering in whirling motions in the glorious sky.

When will I be able to worship Lord Sadashiva, the eternally auspicious God,
With equanimous vision towards people or emperors,
Towards a blade of grass and a lotus, towards friends and enemies,
Towards the most precious gem and a lump of dirt,
Toward a snake or a garland and towards the varied forms of the world?

When I can be happy, living in a cave near the celestial river Ganga,
Bringing my hands clasped on my head all the time,
With my impure thoughts washed away, uttering the mantra of Shiva,
Devoted to the God with a glorious forehead and with vibrant eyes?

Anyone who reads, remembers and recites this stotra as stated here
Is purified forever and obtains devotion in the great Guru Shiva.
For this devotion, there is no other way or refuge.
Just the mere thought of Shiva removes the delusion.

The story is that Ravana, a devotee of Shiva who was also the king of Lanka, tried to take kailasa, the abode of Shiva, to Lanka in his shoulders. So Shiva, who wanted to teach him a lesson placed his big toe upon kailasa which caused it to come crashing down over Ravana. Realising the power of Shiva and out of agony he plucked his nerves and played a tune and sang a praise dedicated to Shiva, which, in time came to be known as the Shiva Tandava Stotram